We were mainly actors, directors, play writers and health professionals as physiotherapists, psychologists and doctors.

Something different happened in the two workshops – we all made the doll’s meditation together at the end of the events during around 10-15 minutes. On the first, Juliana put on some music, what I usually would not like, but it turned out to be a perfect kind of music to meditate, we loved it!

On the second workshop Caique remind us about the “Lion’s Gate Portal’ which happens every year on 08 of August. Numerology says that this date vibrates the energy of continuity and harmonic balance. This year offered a rare triple 8 as 2015 (2+0+1+5) adds another 8 to the day creating a powerful portal to inspire new balance between our hearts and minds.

We booked on this date just because it was the date when the space was available. We were blessed by this coincidence which gave an extra sense of joy to the workshop.

For me the presence of my dear teacher Jano at his studio made my 8888 a special day.

We also had an interesting conversation with Paulo, an oncologist researcher, about the similarities between genomics (our genetic code) and astrology. The graphic representation of the connections between the pairs of chromosomes is amazingly similar to an astrological chart. We can see them both as oracles!

I am grateful to everybody who came, Claudia, Vera, Juliana  and Jano who helped to invite people to the events, Olivia who lent me her sewing machine, Claudia and Jano who gave us lots of pillows full of their dreams and Gabriela and Jano who shared their super cool studios allowing us to spend those lovely afternoons together.

I love you all. 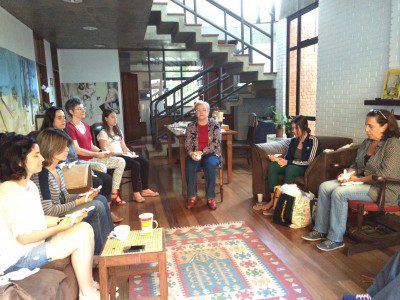 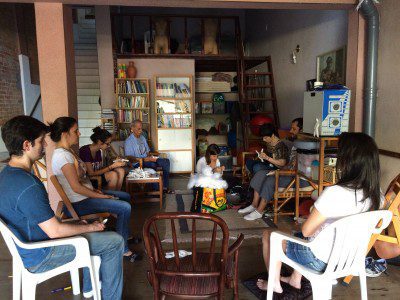